The following story is part of a series of spooky posts written by readers of Rochdale Variety and selected by our editors. Read about a freaky ghost baby, a voice from beyond the grave, the coldest room in the house, a very haunted library, or a dime store portrait that hates.

In the month of September I was haunted in the basement stacks of the campus library where I work two nights a week. The stacks are usually deserted by the time I arrive with my squealing book cart to shelve all of the returns, and I have always felt like there was a presence, not in the building itself necessarily (it’s less than ten years old) but in the books themselves, which belong to one of the oldest collections of its kind in Canada. But I never felt it as strongly as I did just this past September.

In truth, while September is always busy in grad school, this one felt busier than any other—it felt like my life was falling apart. I started teaching for the first time and discovered that I could not sleep the night before my tutorials. And my relationship was coming to an end, though I did not want it to, eating up whatever remained of my free time. I was mentally and physically exhausted.

And on top of all of that, I felt like I had made something angry. The stacks are usually totally deserted at the beginning of term—I’m not sure anyone goes in them even during the day—and so I changed my routine. Normally, at the end of the night, when I let everyone know the library is about to close, I shout “Just in case there’s anybody in here…” into the stacks, even if I know they are empty. I started to believe that I was communicating with something in those moments, could feel both the impatience and relief emanating from whatever was on the other side, happy to soon be left alone. But for whatever reason I suddenly decided that what I was doing was silly. There was nothing there—why pretend otherwise? Instead I called out, “I know there’s no one here, but the library is closing” (covering my tracks in case someone had hidden themselves amongst the shelves and lost track of time).

I started seeing things—indecipherable, no more than shadows, moving out of the corner of my eye. It was always easy to explain away as a trick of the light, or of fatigue, or stress, but it only happened in the stacks, and only when I was alone. I heard things, too, coming from the shelves, even if they were closed (they’re on tracks), or from far across the library when I knew I was the only one there. Shuffling, stack handles clicking. Other sounds I couldn’t explain or describe. Somehow always at a frequency just below hearing, so I could never be sure if what I’d heard was real or imaginary. Once the sound of an inexplicable low moan in one ear while I was listening to a basketball podcast, stopping me dead in my tracks, too afraid to rewind and figure out the cause.

At the end of every shift I would return to the circulation desk to describe my growing paranoia. I was beginning to wonder if I should find some way to beg-off descending into the basement. But I knew, too, that as the term progressed I would eventually have company, and I thought that perhaps I could put it off until things improved.

Finally, one night, washing my hands in the bathroom, I heard three loud bangs on the door. I had to rationalize that they were the pipes—nothing I’d heard before and never again since—in order to open it and return to my cart. There was a woman on the other side, I thought suddenly, a wasted corpse in white rags.

That night I made sure to apologize when I did my nightly rounds. Now I never forget to acknowledge whatever is both there and not there. And, since then, there have been no more problems. 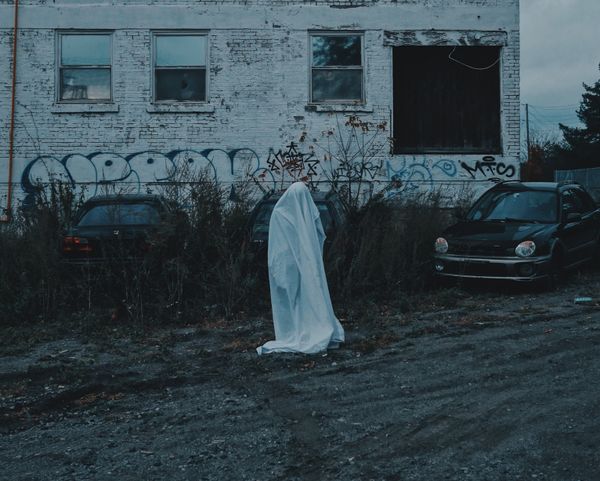 If you eat too much candy, your teeth will rot out. That is why, this Halloween, the editors of Rochdale Variety, Canada’s blog of record, are happy to dole out five very spooky stories 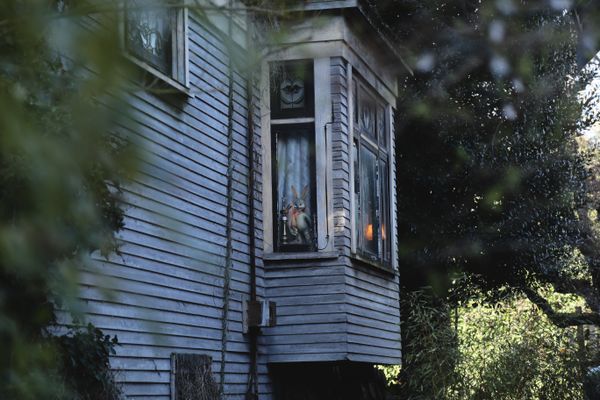 If I’m honest, I just wanted a story. I’d never been seriously injured, arrested, or transported to a fantastical land. Life and its pearly anecdotes were passing me cooly like a ghost in a gown. 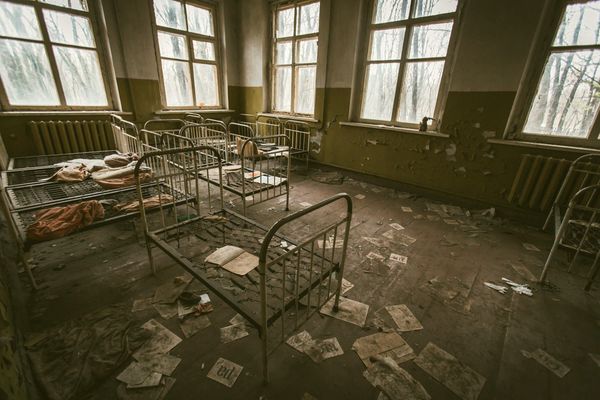 Guests do not like Moriah. They don't like that she hangs above my bed. They shudder as they dress.